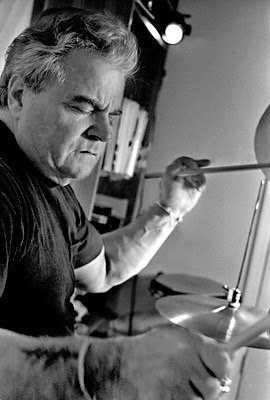 In his long and storied professional career, drummer  Paul Murphy has performed and recorded with many of the most famous free-jazz musicians in world.

A smattering of those in the extensive roster includes such notable outcats as Hamiet Bluiett, Kidd Jordan, Karen Borca, Raphe Malik, William Parker, Ran Blake, Joel Futterman, Larry Willis, and Jimmy Lyons, with whom he played as a member of his many ensembles from 1974 to 1986.

Born in Worcester on January 25, 1949, Murphy has also studied drums and timpani with some of the greatest percussionists of the 20th century, including receiving direction from Gene Krupa, Louie Bellson, Buddy Rich, and Joseph Leavitt at the Peabody Conservatory in Baltimore.

Leavitt was the principal percussionist with the National Symphony Orchestra. Murphy has taught at the San Francisco Conservatory of Music and has conducted clinics at Berklee College of Music.

Murphy spent his formative years in town, but grew up in , where at the age of 16, played bebop in a group with Ellington bassist Billy Taylor. He also played in jump blues, R&B and rock ‘n’ roll bands in the DC area before heading West to , where he made connections in the so-called avant-garde scenes in both and , performing with Mary Anne Driscoll and saxophonist Arthur Baron. Murphy has also lived in and .

As a bandleader, Murphy has led ensembles that include such highly regarded players as Dewey Johnson, Jay Oliver, Glen Spearman, Kash Killon and India Cooke, among others. He has also worked with a wide variety of musicians ranging from Gary “” Bonds and John Lee Hooker to Jaki Byard and Sun Ra.

Murphy has recorded a collection of albums as as a leader. A partial list includes Paul Murphy and Mary Anne Inside Out, The Paul Murphy Trio, Red Snapper, Cloud Burst, Shadows-Intersections-West, Trio Hurricane: Suite of Winds, Paul Murphy & Larry Willis: The Powers of Two Volume I and II and Excursion. 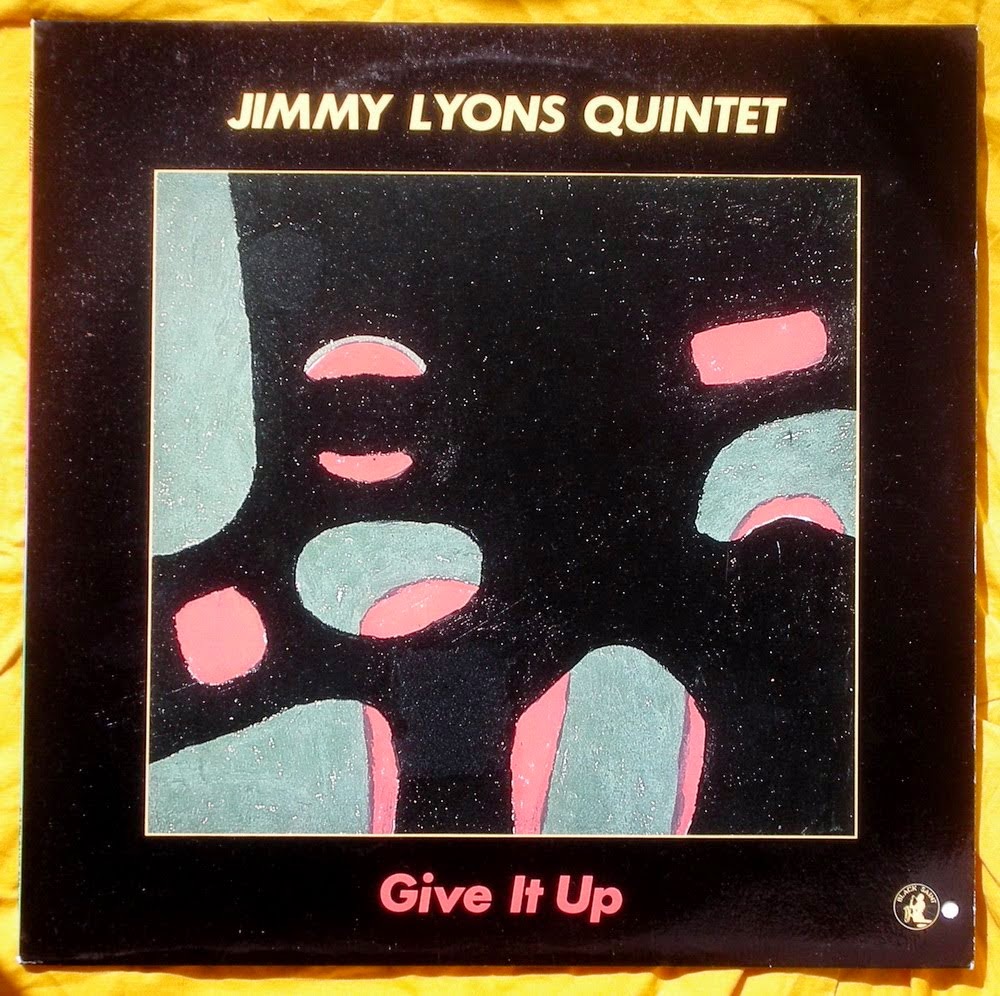 As a sideman Murphy's name appears on a handful of Jimmy Lyons' discs including We Sneez-A-Wee, Give It Up, Live at Moer’s Festival and Live in Paris. He has also been in sessions with Eddie Gale, Clifford Jordan, Kiani Zwadi, Frank Kimbrough, Ben Allison and more.

In addition to his musical gigs, Murphy spent a stint as the manager of Ali's Alley, the legendary club once owned by Rashied Ali. Although his resume is deep, varied and prestigious, Murphy has flown somewhat beneath the radar over the years. Now living back in the Washington, DC-area, Murphy is still very much active and now with a series of audio and video clips surfacing on the Internet, Murphy is recently going through a kind of resurgence. 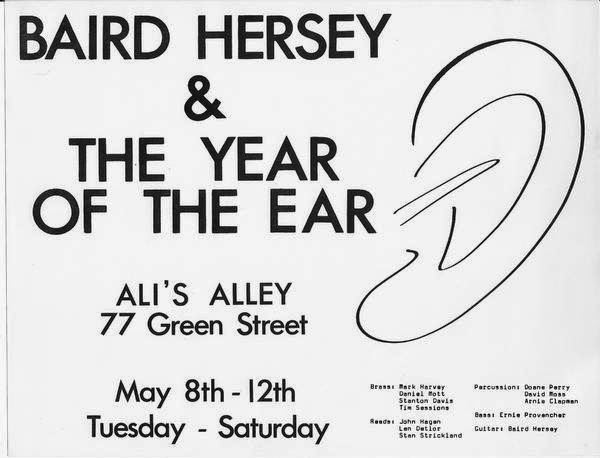 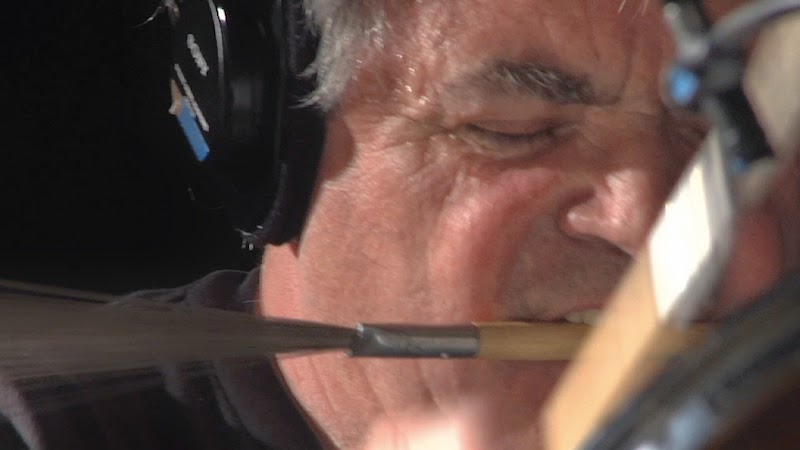 He spent his early days at in in a house that was later torn down to make way for the expressway.

“It was a three-story railroad flat,” he says. “That’s what my grandmother used to call it. The back of the building was about 150 feet to the railroad tracks. So when you went out on to our back porch and down there was some asphalt and then dirt, but covered in coal dust from the steam-driven locomotives. That’s where all the kids played. I had a good time. It was a three-decker, but not one of those wooden three-deckers. I have a photo of myself outside with a bass drum. Looking at the photo, it looks brick.”

Murphy went to Lamartine school down in the section of the city. While still in grade school, the family moved to , and then to in , where Paul was enrolled in the .

Sitting at the piano are some of his earliest memories. As soon as he could be held, he recalls the family put baby Paul at the keyboard. “I loved to play on it. Once they tried to teach me how to play, I wasn’t really interested in the piano, other than banging on it and looking at the hammers and how they strike the string. I remember all of that vividly.”

The banging naturally led to drums. “One Christmas my father bought me a toy set, from then on I just started playing along everyday with my grandmother or my uncle. They were both in the house and they played a lot. I believe I was three. In the picture it looks like I was about three.

“My uncle John also tried to teach me the guitar. I liked the guitar. It liked how it looked and sounded, but I just never would put in the time to learn it. I remember ‘You Are My Sunshine.’ I learned that song and tried to learn another, put that down and went right back to the drums.”


Sometime around the age of five or six, Murphy was taken downtown to study with a drum teacher. He says, “I forget the gentleman’s name, but he said he didn’t teach anybody that was younger than eight-years old. That was it as far as a professional teacher. Then it was just back to the drawing board. My uncle John and my grandmother were trying to show me how to play a ride beat on the cymbals.”

When asked about his first drum set, Murphy says, “It wasn’t a real kit. It was a snare that had two heads that attached to the snare. So you have the feel of two tom toms. It had a cymbal and woodblock attached to the snare drum. It didn’t have a high-hat. The other foot was just on the floor. At least it was real. It had calf skin heads and all of that.

“For whatever reason, I started playing with the traditional jazz grip. My uncle John and my grandmother they knew a lot of people and musicians. wasn’t that big.”

Murphy says even from the beginning he was aware of the importance of tuning his drums. “It was a big factor, because I always loved how Gene Krupa’s snare drum sounded -- even on the records. I would try to make it as best as I could. I don’t like a muffled sound. I don’t have any dampers on any of my drums. I tune them wide open.”

When the family moved to , Murphy had the good fortune to move into a building where another young drummer resided. 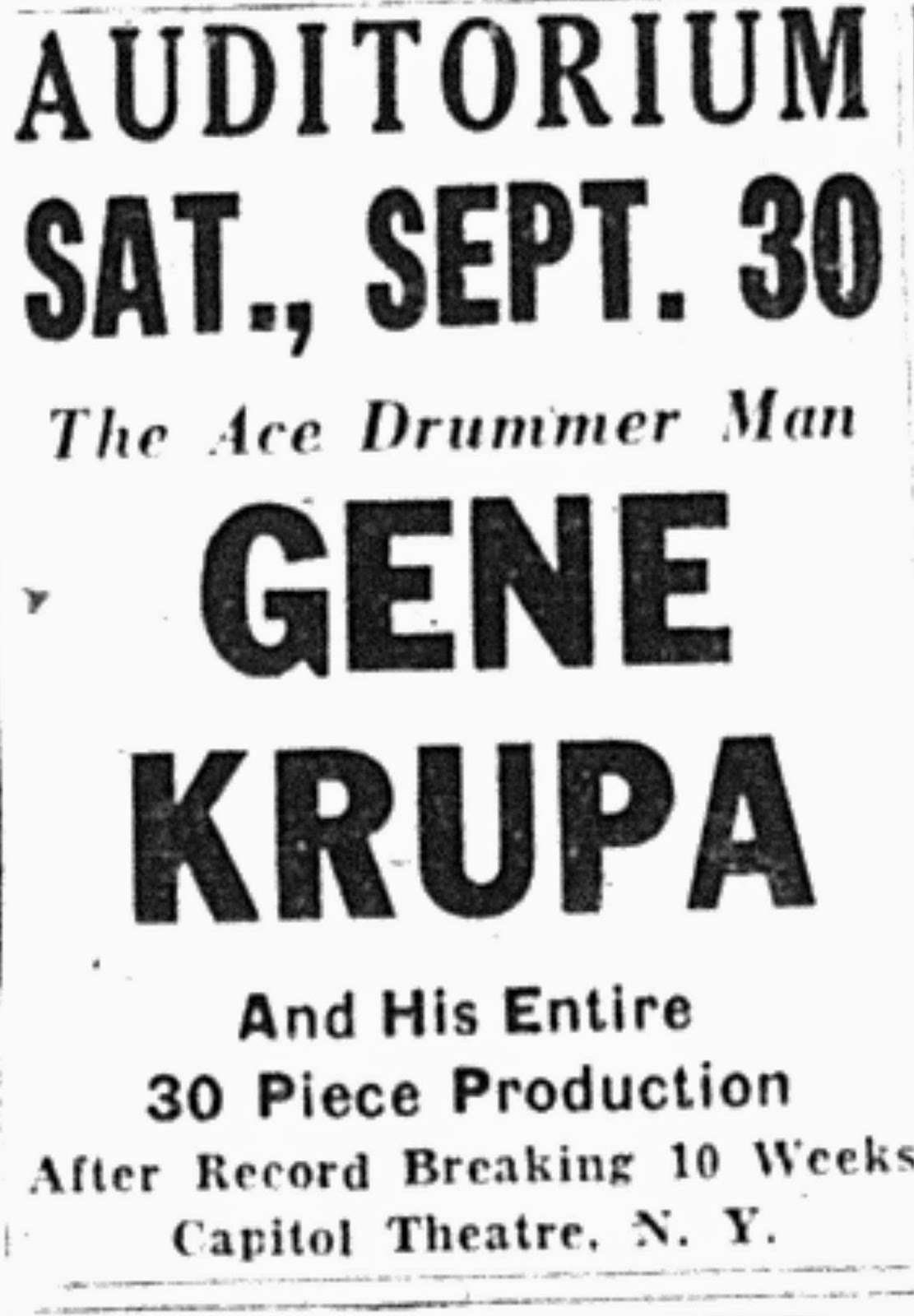 “His name was Bill Hickman,” Murphy says. “His mom and dad owned and they were on the first floor. That was a three-decker. We were on the top. Bill was playing drums already and playing in high school dances. He had practice pads and a full drum set. I used to see him everyday and he just started formally teaching me about reading music. He let me play any day I saw him and I would make my way there to make sure I saw him everyday.”

While still to young to perform, Murphy recalls attending functions and shows at the Worcester Auditorium, Loew’s Palace Theater (Now called Hanover Theatre for the Performing Arts), and Mechanics Hall.

“My dad started taking me to a lot of different things — at people’s weddings I’d always get to sit-in on drums. My dad was a really big jazz fan. He collected 78s. He gave me one of those turntables that you crank. It didn’t have electricity. I was made aware of Gene Krupa and people like that at about age five. My father was a really avid jazz fan and for whatever reason, it didn’t matter where we were, whatever jazz club or whatever was happening musically, my dad seemed to be able to have me meet the musicians. He just knew these people. He introduced me to Gene Krupa, Cozy Cole, Louie Bellson -- he went out of his way to more than introduce me to them.” 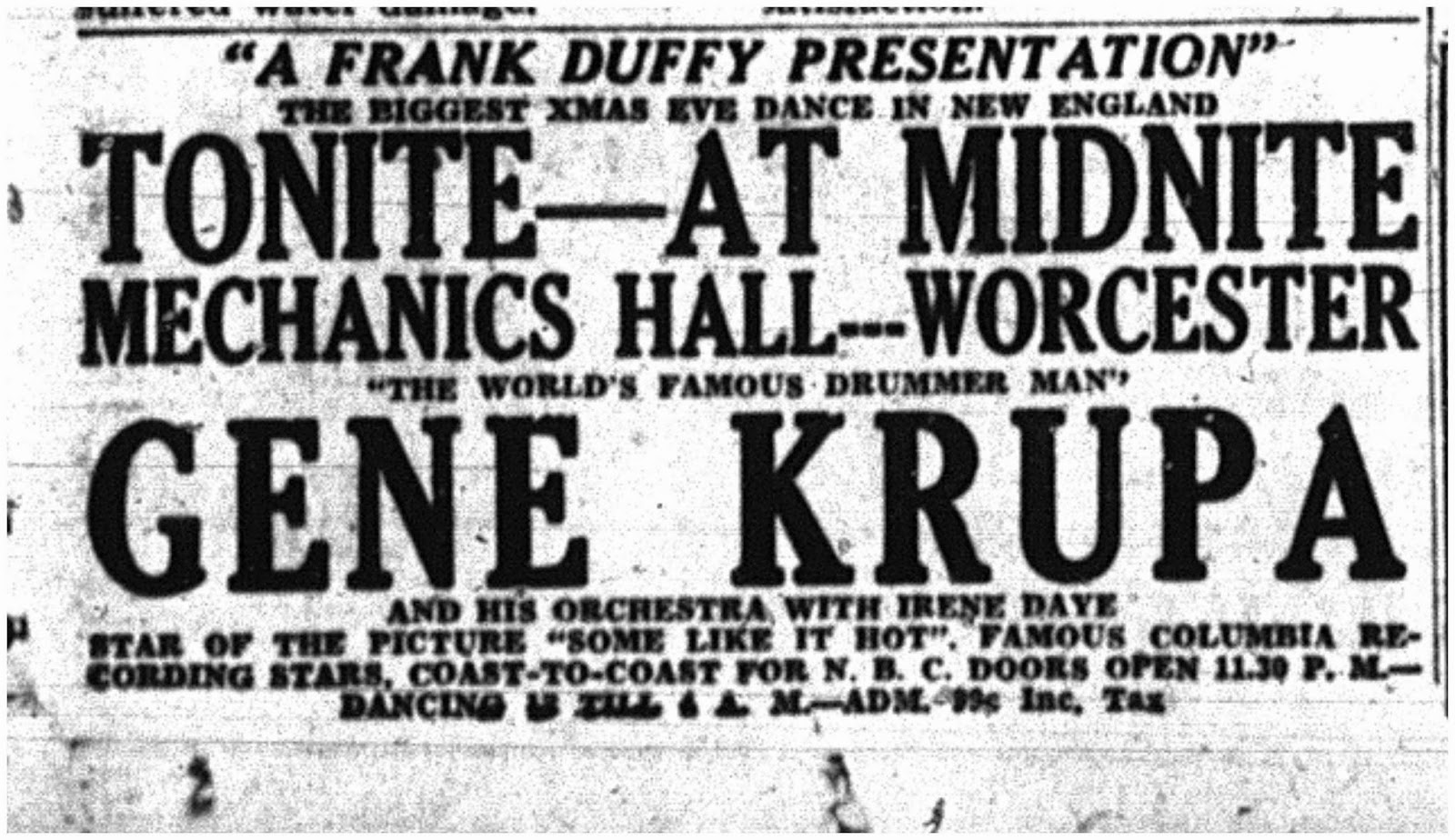 As a youngster, Paul got to play for Krupa. “This happened in a club. It was boom, bang. Gene said, ‘So you play drums?’ I said, ‘Yes sir.’ He said, ‘Show me what you play.’ He just spun this chair around and handed me a pair of sticks. I just sort of froze and then started beating away at 'Sing Sing Sing.' He just started talking to me and showed me some things with the sticks. From there anytime Gene was anywhere, I was there. My dad also took me to . He had a school that he and Cozy Cole were both teaching and running.” 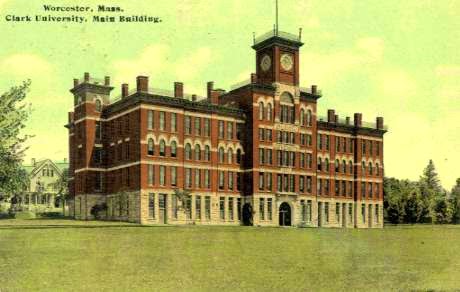 After leaving the military, Murphy’s dad attended and after graduation started working for the post office in the on the corner of and Southbridge Streets.

“He was the Assistant Post Master,” Paul says. “We used to go downtown quite often. What I really remember about downtown was Jimmy Cosenza’s barbershop. I always had to go in and see him. I remember the big Planter’s Peanut that used to tap on the glass. They had a quarter taped to the glass and he would tap on it. I remember the Commons area. I remember the listening booths in a record store. I remember the El Morocco. 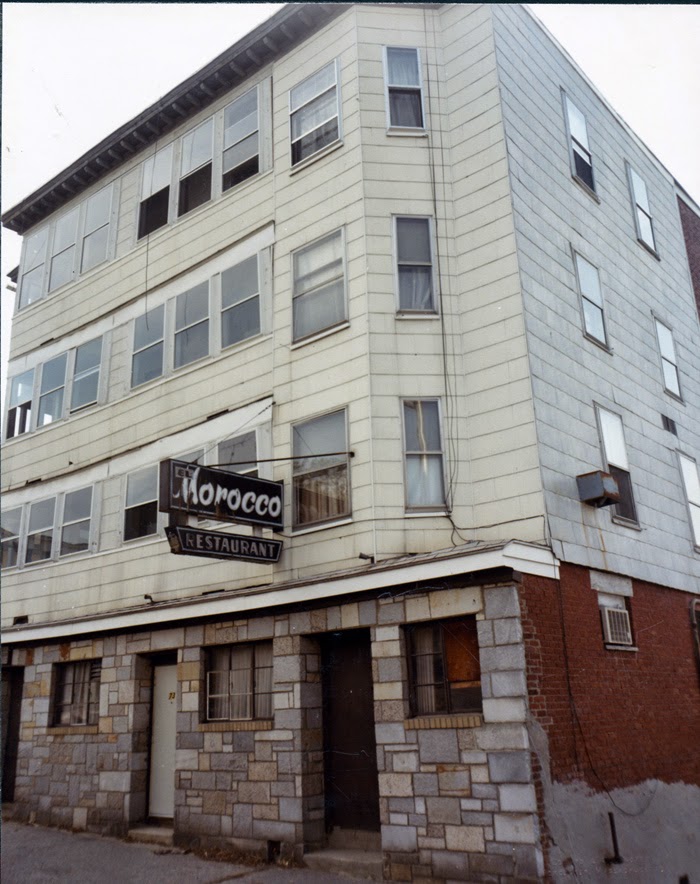 “My grandmother owned a place called the Palace Lunch, which sat right next to the Palace Theater. It was a diner. My family knew a lot of people in . My uncle John played piano and sang. Between my grandmother and uncle, they knew all the players of the day. The relationships that my family had with all of these people were more like extended family. Later on in my life I was back in . I have a lot of family still there. I cruised up and down . I had a great time living in and when I came back.” 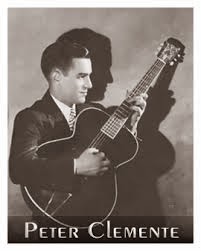 Murphy says he recalls the names of local performers such as Dol Brissette, Bob Pooley, and Pete Clemente. “The real name that struck me was Emil Haddad,"  he says. In ’76, when I was playing with Jimmy Lyons, we were doing a gig in and I think I was doing a clinic at Berklee and there was a wedding. We went to the wedding and my dad introduced me to [Emil] and said, ‘Hey Paul, why don’t you sit-in with the band?’ They were playing standards. It was cool.”


This piece was first published in February of 2008. Murphy is still active and very much an outcat.


Note: This is a work in progress. Comments, corrections, and suggestions are always welcome at: chromatic@charter.net. Also see: www.worcestersongs.blogspot.com  Thank you. 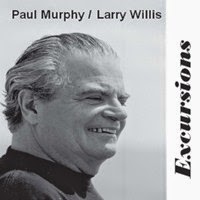 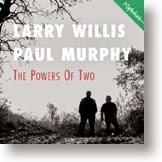 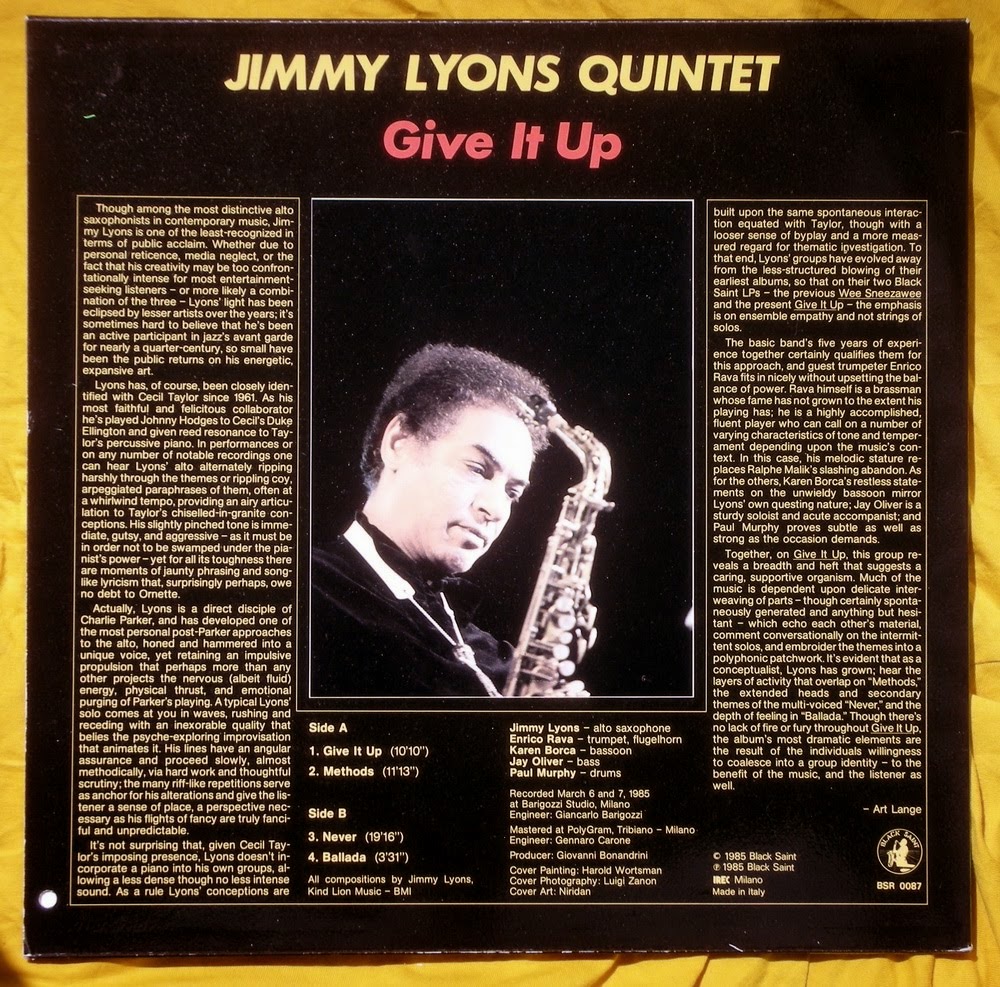 This is a work in progress. Send all comments, suggestions and corrections to: walnutharmonicas@gmail.com.

Posted by Chet Williamson at 8:40 AM